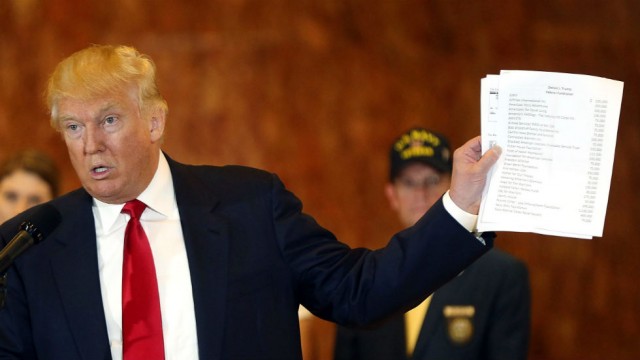 “It’s very important, if you have something really important, write it out and have it delivered by courier, the old fashioned way because I’ll tell you what, no computer is safe.”

“Dimitri… look, Dimitri… Dimitri, the carrier pigeon is… look, it’s on its way, alright? Just hold off on the bombers… I mean for now, ok?… Well, I can’t tell you over the phone! Someone might be listening!”

Riff on Dr. Strangelove. Imaginary call between the President and the Russian Premier Dimitri.

I don’t know what to say about this. Using couriers to send communications because “no computer is safe” is asinine. Shall I spell out why?

Any computer leaks that happen in the current age are due to sloppiness rather than an inherent risk of computing. The DNC emails were hackable because of weak processes, for example, not because any old schmo with a computer can open emails like a can of peaches. Messages can be encrypted with technology that renders them virtually impossible to crack.

Regardless of crack-ability, consider the process. Let us compare the methods of sending an important message from the President to the Senate Leader, for example.

Method A: An encrypted message exchange using an internal computer network disconnected from the Internet, in which the message is encrypted in transit with the highest level of encryption. I don’t know if this is really how an electronic message would travel from President to Senate Leader, but it certainly is doable. The president or his aide types up a message, sends it, it is encrypted in transit, decrypted on receipt, and the senate leader reads it.

In method A, a bad actor will have to have physical access to the computers. Unless he is looking over the shoulder of the sender or recipient, all he is going to get is an encrypted message – which is virtually unbreakable.

If we modify method A a bit and allow the message to be sent across the internet via something like a super-encrypted Instant Message server, then the bad actor may get the encrypted message, and again, it is virtually unbreakable. To avoid Podesta-style breaks, we apply a two-factor authentication that requires a password and the code of a physical code key. That one thing would have stopped the Podesta-leaked emails.

Method B: The president or his aide types up a message and hands it to a courier. The courier is mugged on the way to the recipient, and the message is now in the hands of the bad actor. Of course, the message could have been encrypted and then printed, but that would require… a computer. Unless you use easily-cracked platens “the old fashioned way.”

We have been using encoded electronic messages at least since World War II. There is no other way to look at this than that Trump is clueless. There is no defense of this.