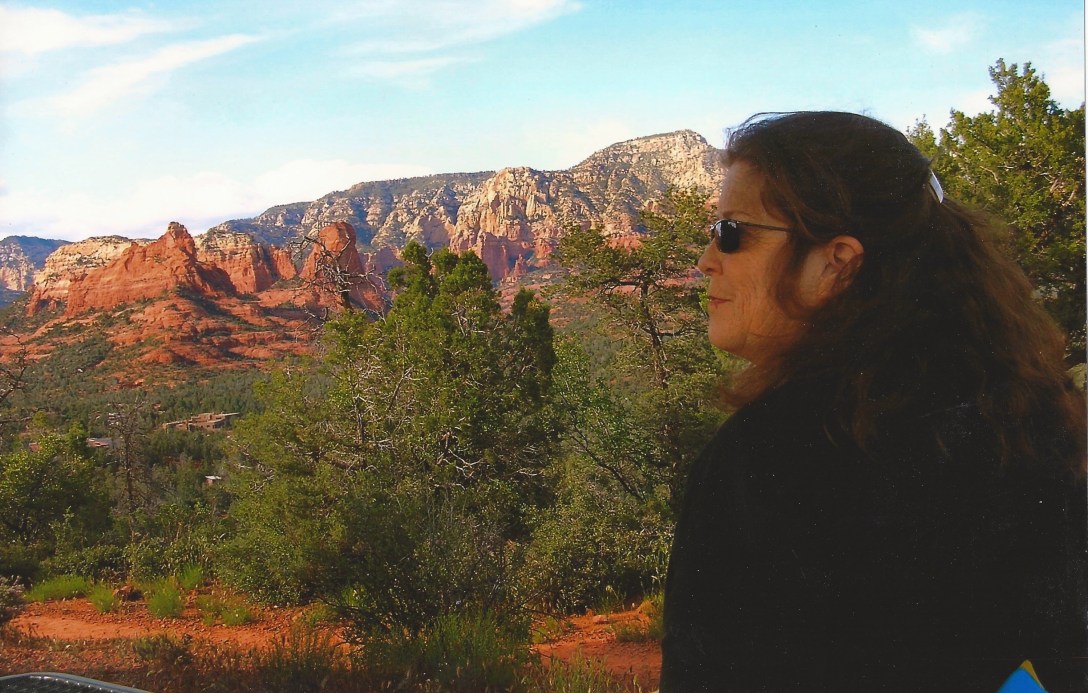 May 10th is my wife’s birthday. She would have been fifty-four. She died on August thirty-first of last year. It’s hard to imagine that it’s been only eight months, and yet it seems like a lifetime ago.

Jenny’s birthday has always been a celebration for me, another year of her winning against Death. She was given a fifty-fifty chance of making it to twenty, let alone fifty-three. To me, every year was an accomplishment. She was more bitter-sweet about it: despite the fact that she was fighting her illnesses and disabilities every day, she felt she should have accomplished more, as if navigating the challenges of dialysis and all that it entailed wasn’t enough. That’s the problem with disability: all the effort that a person would usually spend working to achieve their dreams and aspirations is instead put into dealing with one more goddamned day.

It seems that in the minds of most people, when they think of disabled people, they immediately think about wheelchairs and crutches. In fact, if you Google “Disabled Person” (as I just did) and click on “Images,” virtually all the images are of people in wheelchairs, with a few people on crutches just for lagniappe. But there are other disabilities that are incredibly challenging, and end-stage renal disease, or ESRD, is definitely one of them. Even Jenny rebelled against the idea that she was disabled. In her heart she knew she was physically disabled, but she rebelled against acknowledging it, as if acknowledging it would give it power. It took me years to convince her to get a disabled placard because it would wipe her out to walk into buildings from a regular parking spot.

Jenny had an analogy that she used to describe how she could ration what little energy she had. She heard the analogy from someone else, and it resonated with her to the point where it became her way of explaining to people just how much effort it took just to live life. She said to imagine you have a stack of spoons – say twenty or twenty-five. Each day, you start with a stack of spoons to spend for the day. That’s your allotment of spoons. For every action you do, you take away a spoon. An “action” in this context is not to “walk the dogs” or “go to the movies.” No, it is more granular than that. An action is to: get out of bed. Take away one spoon. Brush your teeth. One more spoon. Walk to the living room. One more spoon. Each little thing would use a spoon, until some time in the day, you are out of spoons, and literally exhausted. Exhausted as in devoid of all energy. Exhausted as in tears, and then being too tired even to cry. It is easy as a healthy person, even an out-of-shape healthy person, to not consider that doing these little things can wipe anyone out. But it is true, and the amount of pure will that Jenny had to get through each day is astounding to me, and there were times she pushed beyond her spoons because she had to.

The analogy of the spoons made it clear to me what she was dealing with. This type of disability is so invisible that even living with her, I didn’t always see her struggling with her spoons. But she did struggle, every day.

Looking back on the last few months of her life, it becomes obvious that she was struggling badly. In the midst of it, we were both optimistic. We were planning on her getting set up for a transplant, and she was actively researching why it was she was so tired, and why she was in so much pain. We treated it like it was a temporary set-back. Temporary, even though she was on the transplant list for eleven years. Now I look back, and I see what was really happening that seems obvious to me now: her body was breaking down. It was breaking down after forty years of fighting kidney disease. Her soul was vibrant and willing and steeling herself forward, but the load became too great. We went to a concert last July, and she could only stay for a few songs, even though the artist was her favorite. She couldn’t go to the Sisters Rodeo in June or the Quilt Show in July because she was too tired. She missed a horse show she sponsored because she was in the hospital sick with something no one could figure out. To the very end she was looking to find out what was going on. What was going on was her body was giving out. She died of heart failure.

I have been missing her every day, virtually every moment of the last eight months. Not in a hang-dog, head down, constantly weeping sort of way, but in a more, well, just present sort of way. I’d see a movie, and know she’d have loved it. I’d watch a movie she saw many times, and I can hear her admonishment: “What, that movie again?” Every David Bowie song. A beautiful day. How our dog C.K. Dexter Haven is doing. My son. Her friends.  It is heart-breaking, but it is not devastating – except for when it is. Thankfully that is not as often as it was in the first few months. But her ghost is there in many ways. Not literally, but in things that I know she’d love and that I’d like to tell her, and in routines that are no longer routines. I went out of town on business to Las Vegas in March for the first time since she passed away and the routine is to call her every night, except, of course, now I can’t. I wanted to tell her about how things were going and all the usual things you say to your wife when you call home during a business trip. It was a hole that could not be filled. Of course I called my son and told him about the dancing waters at the Wynn and the gondolas and the perpetual sunset at the Venetian, which is great, but not the same. I recently started a job at a company I knew she would have loved. I missed her then, for sure, because I really wanted to tell her how things were going. Since I couldn’t call her, I instead took a walk out in the beautiful evening, and told her by talking to the sky. It helped.

You get the most interesting thoughts when you mourn someone you love. About a month ago I was just tired of it. Just freaking tired of it. I thought “okay, okay, okay! I get it! I get it. May I please have her back now?” And I tell you, at the time it seemed a reasonable thing to ask. I forget that it is permanent some times. Joan Didion was spot-on when she called the first year of widowhood “The Year of Magical Thinking.”

I’ve come to terms with her body’s death. Her life was shorter than it would have been sans kidney failure, but her life was an incredible achievement. She was Dialysis Girl, and she lived beyond all odds to fifty-three! I feel happy that she is no longer in pain, and no longer struggling. I’d love to have her here physically, but not at the cost of her continued decline, pain, and exhaustion. As much as I want her back, I know I’m being selfish. She is out there somewhere, I believe, free of the burden of so many years of a shortage of spoons.

Today is her birthday, and she would have been fifty-four. It is her first birthday without her. Being without her is not easy, but it is easy to celebrate her wonderful life, which we will do, later today. Happy birthday, my love.